Every year, this survey is carried out with importers, exporters, Export Credit Agencies (ECAs) and law firms worldwide to assess market trends and the best partners, banks and ECAs. 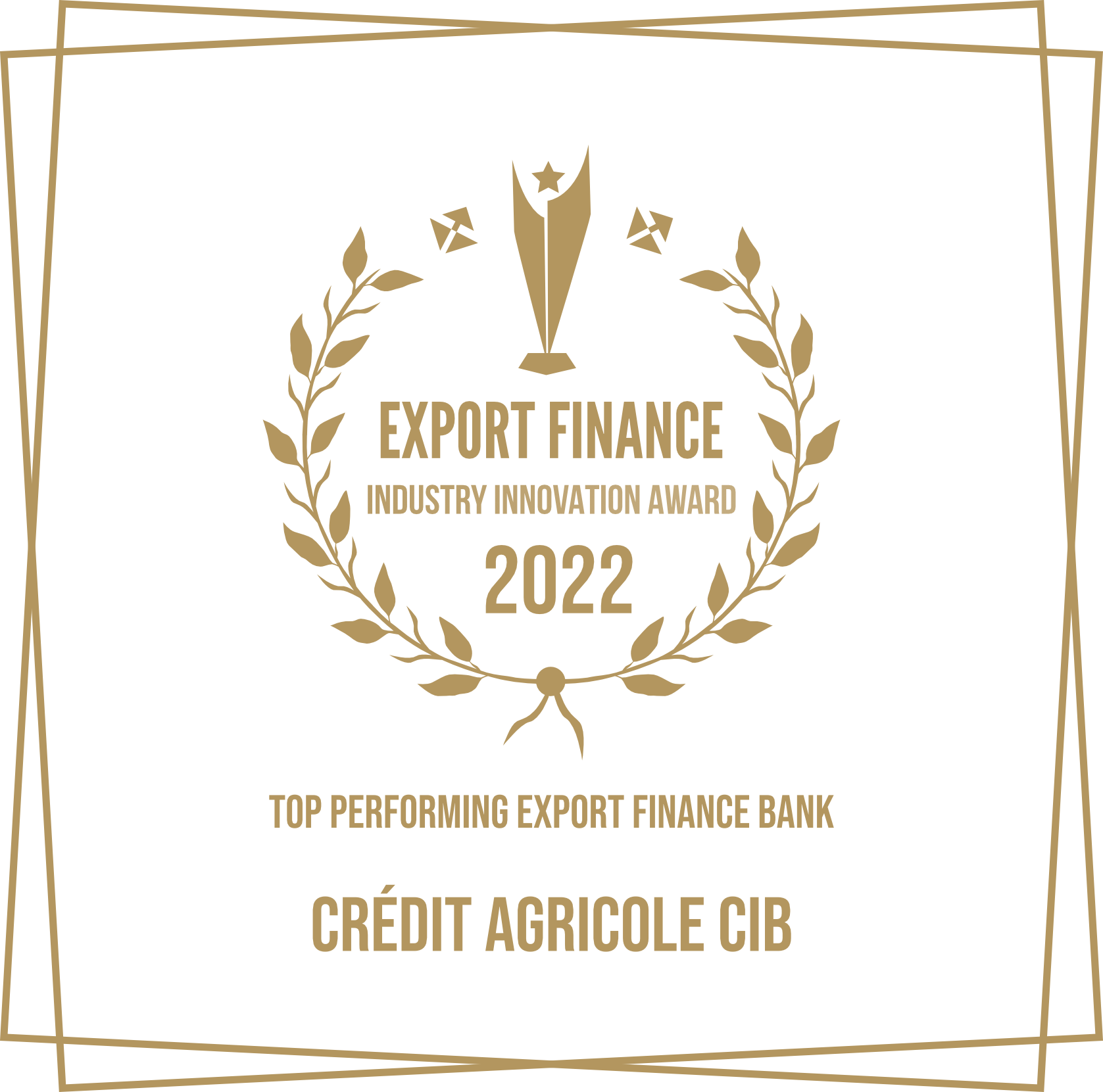 For the fifth year in a row, Crédit Agricole CIB was named Top-performing Export Finance Bank at the annual TXF Global Export, Agency & Project Finance conference in June 2022 as a result of the survey conducted by TXF*.
The Bank was ranked first in 4 of the 7 categories surveyed: “Appetite for sustainable transactions”, “Sector expertise”, “Rapid execution of transactions” and “Product offering”. This recognition from clients demonstrates the quality of our Export Finance teams.

In addition, two transactions carried out by Crédit Agricole CIB’s Export Finance teams were also recognised by TXF as being emblematic of 2021:

The Bita Water Infrastructure and Systems Project in the Luanda Region of Angola - Award for Overall Export Finance Deal of the Year 2021
Financing of a project in Angola to develop and improve water infrastructure on which Crédit Agricole CIB acted as Initial Mandated Lead Arranger under the US$910 million secured loan with the International Bank for Reconstruction and Development (IBRD). This transaction also won awards at The Banker, Bonds & Loans Africa Awards and GTR in 2022.

Panama Metro - Americas Export Finance Deal of the Year 2021
CACIB acted as Mandated Lead Arranger and Joint Bookrunner on this USD US$1.1 billion deal guaranteed by K-Sure, one of the two South Korean ECAs, relating to the financing of the construction of line 3 of the Panama Metro. This transaction also won awards from IFR, Latin Finance and GTR in 2022.

“We are delighted and proud to have won the award for Top-performing Export Finance Bank for the fifth year in a row. Receiving the award as a result of the Export Finance Industry Survey, conducted with a large sample of importers and exporters, is undoubtedly the best form of recognition. It shows that our clients and partners appreciate the high-quality work and dedication of our teams to remain leaders in our field and offering the best possible service. Congratulations to our amazing team of professionals!”
André Gazal, Global Head of Export Finance within International Trade & Transaction Banking, Crédit Agricole CIB

“Congratulations to the entire Export Finance team for being named the top-performing bank in its sector worldwide, and for winning awards for the BITA and Panama Metro projects! This further recognition of our banking qualities demonstrates a consistent and recognised level of excellence in the market at a global level, of which we can be proud.”
Laurent Chenain, Global Head of International Trade & Transaction Banking, Crédit Agricole CIB.