Since 2009, the Sustainable Banking Team has been supporting its clients with social or environmental projects focused on four of the fields of excellence selected by the Crédit Agricole Group: agriculture and food processing, housing, health and population ageing, and energy saving and the environment.

A Green, Social and Sustainability Bond offers the same characteristics as a standard bond, but the funds raised are intended exclusively for financing projects or assets with environmental and/or social benefits.

The Sustainable Banking Team has been a driving force for the creation and development of this market and continues to promote its most important innovations. In particular, the team was behind the  Green Bond Principles, which promote the transparency and integrity of this market, and more recently it co-drafted the Guidance for Issuers of Social Bond, which extends the best practices of the Green Bonds market to that of Social Bonds.

Since 2012, Crédit Agricole CIB has been among the world’s leaders when it comes to structuring and investing in Green, Social and Sustainability Bonds. The Bank has taken part in major transactions for issuers like the IFC (a development institution of the World Bank), the Asian Development Bank, ICBC (Industrial and Commercial Bank of China), Korea Development Bank, Agence France Trésor, Île-de-France, SNCF Réseau, EDF and ENGIE.

The Sustainable Banking team also took part in the implementation of Crédit Agricole CIB’s Green Notes issue in 2013, aimed at financing projects that contribute to the fight against climate change and the transition to a decarbonised economy. It also developed a rigorous methodology for selecting the green-certified assets supported, described in the Green Bond Framework which received a second opinion provided by Vigeo Eiris for its last update in 2018.

Since its creation, the Sustainable Banking team has worked on investment projects aimed at both financial profitability and social and environmental objectives. Objectives include the reduction of poverty, job creation in disadvantaged areas, and the shrinking of carbon footprints. For example, the Sustainable Banking team structured Livelihoods*, a carbon offsetting fund that works with rural communities, and advised Lafarge on a micro-finance project dedicated to housing.

*Livelihoods: The purpose of this fund is to improve the living conditions of rural populations in poor countries thanks to carbon financing. For example, one of the fund's projects involves financing the planting of fruit trees in rural African communities and the development of agro forestry. This makes it possible for the populations concerned to increase their income from food and also to stock carbon. The investors are compensated with carbon credits. The first contract will involve Danone, Crédit Agricole S.A., Schneider Electric and CDC Climat. The Sustainable Banking team has assisted with this project from the start and we are in discussions with many companies and institutional investors planning to join the fund. 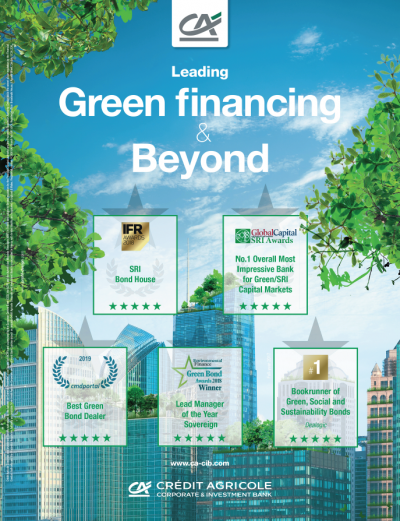