The Orange Metro Line 6 closed a USD 1.3 bn. non-recourse financing with the purpose of funding the construction of the Greenfield underground 15.3km metro line in the city of São Paulo, Brazil.

The Orange Metro Line 6, sponsored by Acciona, Société Générale, STOA and Transdev, was granted a non-recourse financing of approximately USD 1.3 billion equivalent with the purpose of funding the construction of the Greenfield underground 15.3km metro line in the city of São Paulo, Brazil, that is being developed under a 24-year concession agreement with the State Government of São Paulo.

The project has a fundamental social importance to the region, as it will expand the very poor and limited rail network of São Paulo, connect low-income neighborhoods to central burrows of the city of São Paulo benefitting at least 579,000 people on a daily basis by reducing their commuting time from 100 minutes down to 35 minutes.

A Landmark financing for the Brazilian infrastructure sector

The Bank recently acted as Mandated Lead Arranger (MLA) for the completion bank guarantee in the sustainable-linked project financing to develop the Orange Metro Line in São Paulo, Brazil.

This anchor long term financing was structured with the Brazilian National Development Bank (BNDES), and is partly secured by non-recourse completion bank guarantees provided by Commercial Banks covering 48% of BNDES Term Loan, which will be in place throughout the construction period. The loan is expected to be complemented by local project bonds that are currently being structured.

Overall, the operation was well received by the market and attracted a diverse group of reputable international and local creditors evidencing the market confidence in the sponsors’ ability to deliver the project.

It also adds to Crédit Agricole CIB’s active presence and track-record in the Brazilian infrastructure sector and will certainly assist in future opportunities arising from the strong pipeline with top level international sponsors. 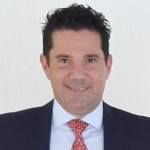 “It was a long journey, but an outstanding and fantastic outcome for this landmark project. Special thanks to Acciona and its representatives Roberto Cabrera and Juan Santos to the partnership and trust on Crédit Agricole CIB.” Daniel Aquino, Managing Director at the Energy and Infrastructure Group