The Kingdom of Spain and the Republic of Portugal respectively issued a 50-year and a 30-year sovereign bond, both of which were led by Crédit Agricole CIB as Joint Bookrunner.

On February 9 and February 3, the Kingdom of Spain and the Republic of Portugal respectively issued a 50-year and a 30-year sovereign bonds.

Both transactions were led by Crédit Agricole CIB as Joint Bookrunner.

Read more about each transaction below.

On February 9, the Kingdom of Spain launched a very rare 50-year government bond, their first since 2016. The transaction was met with extremely large demand with books reaching EUR 65 billion, allowing the Tesoro to easily print EUR 5 billion, 2 bps tighter than the initial guidance.

In the context of negative yield prevailing across most of Eurozone sovereign government bond curves, offering a reoffer yield of 1.458% attracted a strong and granular participation from real money investors who accounted for more than 70% of the distribution. 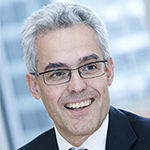 “We are very honored to have been able to support the Kingdom of Spain in launching such a rare and successful 50-year bond, highlighting the tight and longstanding relationship we have enjoyed with the Kingdom. The resounding success of this ultra-long bond is testimony to the strong credit standing of Spain.”

On February 3, the Republic of Portugal issued its first syndicated transaction of the year: a EUR 3 billion 30-year sovereign bond. The transaction marks the first PGB benchmark line launched in the 30-year maturity since 2015 and it extends the country’s government bond curve a further 7 years.

Capitalizing on a benign backdrop for rates and following on the recent long end supply by other European sovereign bonds, the transaction attracted a record orderbook with orders in excess EUR 40 billion, just shy of the largest ever book achieved on the 15-year benchmark last year.

This represents Crédit Agricole CIB’s third consecutive mandate from the Republic of Portugal. 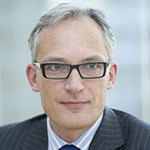 “The Portuguese Debt Management Office chose the perfect timing for this transaction, taking advantage of very solid investor appetite for duration and a keen desire from the market for a new on-the-run 30-year Portuguese benchmark; paying only a 1.00% coupon on such a maturity also testifies of the performance of Portugal in the market over the recent past. We are delighted to have been associated with such a strong success, which is another great step in Crédit Agricole CIB’s longstanding relationship with the Republic of Portugal in international capital markets.”