Helping Hand 2018: Crédit Agricole CIB contributes to the construction of a middle school in Togo with the charity Go To Togo

David Rocher explains how the charity he is involved in helps children access education and talks about the project he presented for the 2018 Helping Hand programme. 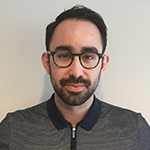 Seeing how difficult it can be for certain African children to access education, David Rocher, who works for Crédit Agricole CIB in Paris, became involved in the Go To Togo charity a few years ago. By winning a donation from the Helping Hand programme, he enabled the charity to start building a middle school in the village of Attitowoui.

What is the purpose of the charity you presented?

Go To Togo is an international charity established in 2001 by Université Paris-Dauphine that promotes education in rural Togo. The charity has worked for 16 years with a local partner, Mission des Jeunes, to finance construction of a variety of projects such as: middle schools recognised by the Togolese State, a library, a well and also toilets in rural areas.

Go To Togo recently began working to bring electricity to a village. For three weeks each summer, members of the association travel at their own expense to past and current construction zones to personally oversee the maintenance of existing works or the advancement of construction in progress. Each member also brings an extra suitcase filled with clothing, supplies and schoolbooks. These visits also provide an opportunity to give tutoring sessions.

What is the nature of your involvement in the charity?

Before joining Crédit Agricole CIB, I spent a few years in the armed forces and more specifically with the Paratroopers. I was able to witness first-hand the problems with access to education in certain African countries, but it was my experience in Afghanistan that hit me hardest.

This is a conflict-ridden country where some children are actually eager to go to war, “For money!” as they say. I soon noticed that, for these children without schooling, there were only two options: work the fields and stay poor, or fight. They had no idea what goes on elsewhere in the world, the different professions out there, or even that they had the option of doing something else with their lives. That’s when I realised just how important it is to have an education.

When I went back to school at Paris-Dauphine, I heard about Go To Togo, and I just knew I had to get involved. Working with the charity's finance division, I take part in contests, I lobby companies for subsidies, I put together gift packages during the holidays, and so on. I also organised a conference on Private Equity in Africa, for which Go To Togo had prepared a buffet where attendees could make donations at the end of the conference.

How did Crédit Agricole CIB help the Go To Togo?

Everyone at Go To Togo would like to thank Crédit Agricole CIB once again for its generous donation. The funds were used to launch the construction of a middle school in Attitowoui by partially financing the substructure phase.

The small village of Attitowoui has a population of around 1,000 and is located in a rural area 60 km from the capital city. Like most Togolese villages, its main means of subsistence is agriculture, and it has no source of clean drinking water or electricity. Because it is located in such a remote area, the education rate after primary school is low, especially since the children have to help work the fields. In fact, isolated villages like this often completely lack the necessary infrastructures to continue educating children in middle school.

In the village of Attitowoui, a straw-bale middle school was built by the village community to allow children to continue their schooling after the primary level. However, this middle school is not recognised by the Togolese State, so it does not receive supplies or teachers from the government. About 100 pupils attend the school and five teachers work there, paid by the villagers.

What has your participation in the Helping Hand programme brought you?

Participating in Helping Hand programme helped us improve and refine how we present both the association and its past and future projects. The entire process, and particularly the presentation to the judges’ panel, was a highly rewarding experience that validated our hard work in the fight we are leading. Also, the questions they asked about our plan to build an eighth middle school in Togo helped us make sure we hadn’t forgotten anything.

What’s more, being selected as a winner has boosted the visibility of the charity. I also had a chance to talk about it with the members of my team at Crédit Agricole CIB who had no idea I was involved with the charity before the winners were announced. This experience triggered discussions with colleagues working with other non-profits on the different ways we go about raising funds for our respective projects.

Finally, being a winner of the 2018 Helping Hand programme has brought additional credibility to our cause and our mission.