Georg Orssich is appointed Senior Regional Officer for Europe (excluding France), effective 1st September 2021. Based in Madrid, he will also hold the position of Senior Country Officer for Iberia.

Georg Orssich is a highly experienced senior executive and leader in international corporate and investment banking. Until recently, he ran Santander Group’s global investment banking and corporate finance business for the Santander Group and during a decade of leadership he diversified the bank’s client base across all major markets and grew the division’s revenues and profits threefold.

He will report to Jacques Ripoll, Chief Executive Officer of Crédit Agricole CIB, and will become a member of the Executive Committee of the Bank.

“We are delighted to welcome Georg to Crédit Agricole CIB. In his new role, Georg will be responsible for steering, managing, developing and optimising our business in the European region in line with the Bank’s strategy, strengthening support for Crédit Agricole’s European clients”, commented Jacques Ripoll, Chief Executive Officer of Crédit Agricole CIB. 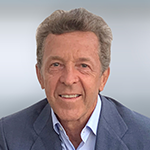 Georg Orssich is an undergraduate at Vienna University in Business Administration and hold an executive programme from Stanford University.