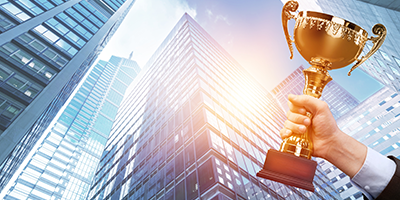 Annual end-of-year FinanceAsia Achievement Awards recognise excellence in bringing issuers and investors together in the development of Asia's financial markets.

In 2020, two transactions in which Crédit Agricole CIB was involved obtained awards: the AIA’s $1.75 billion subordinated bond won “Bond Deal of the Year” and the Changfang and Xidao's $3 billion offshore wind farm won “Project Finance Deal of the Year”.

AIA, one of the largest Asian life insurance group implanted in 18 markets in the region, successfully priced $1.75 billion of 3.2 per cent subordinated fixed rate securities due in 2040.

This is AIA’s inaugural subordinated securities offering under its $10 billion Global Medium Term Note and Securities Programme and sets an attractive pricing benchmark, going forward. Being AIA’s first capital bond, it is also expected to qualify as Tier-2 capital under the new regulatory regime for insurance companies in Hong Kong that will be effective in 1Q2021.

The transaction generated over US$10 billion in demand from global investors, allowing AIA to price inside of its Fair Value and upsize from its initial issuance target size, demonstrating the strength of AIA’s business, its exceptionally high credit quality and strong sponsorship for its debut capital issuance.

This 589 MW offshore wind farm, which will provide clean energy to millions of homes in Taiwan, is owned by Copenhagen Infrastructure Partners (CIP), a Danish infrastructure fund focused on renewable power, with a minority stake owned by two Taiwan life insurance companies. It was financed through a combination of equity and senior loans from a consortium of 25 international and Taiwan banks and financial institutions, as well as 6 export credit agencies for a total amount of $3 billion (NT$ 90 billion).

Read the full story on this offshore wind project here. 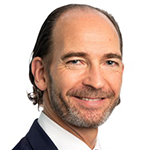 “Crédit Agricole CIB is delighted to maintain its leading role with this closing of Taiwan’s 4th offshore wind project and to continue our support for Copenhagen Infrastructure Partners’ ambitions in the Asia region.”