Crédit Agricole CIB won 12 prizes at the Project Finance International (PFI) 2020 Awards, including 'European Bank of the Year' and 'Green Deal of the Year 2020'.

European Bank of the Year 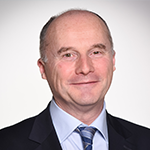 “We are delighted to receive this prestigious award, which attests to the strength of Crédit Agricole CIB's structured financing solutions in current market conditions. It is particularly rewarding for our teams who have worked harder than ever to serve our clients in these difficult times.” 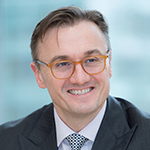 “By combining the expertise of our structured financing teams and our solid distribution capacity, we stood out with leading roles on these major deals this year. Winning the European Bank of the Year award reflects the efforts of all our financing and syndication teams and we are delighted to have been able to continue serving our clients without interruption despite the health crisis.”

Deals of the Year by region

PFI also announced Deals of the Year by region, confirming our expertise in project financing:

In the Middle-East and Africa: