Crédit Agricole CIB is pleased to announce appointments in the financing activities in Asia-Pacific. 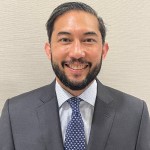 Javier brings over 20 years of experience in the debt capital markets globally. He began his career in 2000 in the leveraged finance division of J.P. Morgan in New York, and then worked for Lyon Capital Management as a Vice President and Senior Investment Analyst in 2006. In 2009, he joined Crédit Agricole CIB in New York, where he was responsible for developing the Americas debt capital markets franchise. Prior to taking up the new role, he was Managing Director, Debt Capital Markets for Asia-Pacific since 2018. 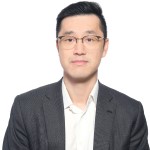 Tim brings over 15 years of experience in debt capital markets and investment banking in the Asia Pacific region. Tim began his career at UBS Investment Bank in Australia and Hong Kong, where he worked in the DCM division for over 11 years. He was last with Deutsche Bank in 2021 in China Investment Banking Coverage responsible for Greater China client coverage across multiple industries.

This area of expertise is the result of a Joint Venture between the Bank’s Debt Capital Markets and Corporate & Leveraged Finance franchise in Asia-Pacific, bringing its bonds and loans capabilities under the same umbrella. 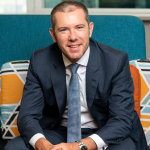 “I am thrilled not only by the opportunity to lead a growing team of talents including Javier and Tim, but also by the enormous business potential in financing activities in Asia-Pacific. These two appointments, together with Crédit Agricole CIB’s leading capability in debt capital markets and sustainable financing, will be instrumental in accelerating our expansion of financing activities and client footprint in the region, particularly Southeast Asia and Greater China.” Christophe Crétot, Head of Debt Origination & Advisory, Asia-Pacific