The board of directors of Crédit Agricole CIB took note of François Marion’s decision to resign from his position of Deputy Chief Executive Officer effective January 1st 2021, as he has decided to retire on June 30th 2021. 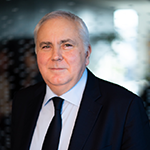 Jean-François Balaÿ started his career at Credit Lyonnais (now LCL) in 1989 where he held several managerial positions in the corporate banking markets in London, Paris and Asia. From 2001 to 2006, Jean-François was Head of Origination and Structuring for Europe within LCL and then Crédit Agricole CIB Credit syndication activity. In 2006, he became Deputy Head of the EMEA team and, in 2009, Head of the Global Loan Syndication Group. In 2012, he was appointed Head of Debt Optimisation & Distribution. In 2016, he was appointed Head of Risks and Permanent Control. He became in July 2018 Deputy General Manager supervising Structured Finance, Debt Optimisation and Distribution, Distressed Assets and International Trade & Transaction Banking.
Jean-François Balaÿ holds a DESS in Banking and Finance and a master’s in economics from Lumière Lyon II University. 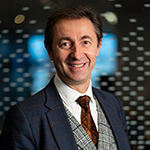 Olivier Bélorgey started his career in capital markets at Crédit Lyonnais in 1991. In 1995, he joined the Finance division’s ALM unit, where he oversaw interest rate risk. In 1999, he joined the retail banking network as Head of Individuals and Professionals before being appointed to the Human Resources division as Head of HR policy in 2001. In 2004, he became Head of Management Control at Crédit Agricole CIB (formerly Calyon). In 2007, Olivier was appointed Head of ALM at Crédit Agricole CIB and in 2009 his responsibilities were extended to include credit portfolio management. In 2011, he was appointed Head of Financial Management at Crédit Agricole S.A., becoming Finance Director of Crédit Agricole CIB in 2017. Olivier also took over the supervision of the Procurement in September 2020.
Olivier Bélorgey is a graduate of Ecole Polytechnique and holds a postgraduate degree in condensed matter physics as well as a PhD in science. 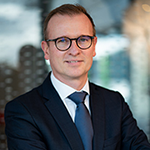 Stéphane Ducroizet started his career at Crédit Lyonnais’ Corporate Banking groups in Paris (1993-1998). After four years within the Telecoms Finance team in Paris, he joined the Media & Communications Group at Calyon Americas in New York in 2002. From 2006 to 2007, he joined the Specialized Assets Securitization Group of Calyon Securities in New York. In 2007, Stéphane was appointed Head of Telecom Finance EMEA and, in 2009, Global Head of TMT Finance at Crédit Agricole CIB in Paris. He set up in 2015 the Corporate Acquisition Finance group for which he assumed a global responsibility, before being appointed Global Head of Acquisition Finance and Advisory. In January 2019, he became Global Head of the Real Estate & Lodging group before being appointed as Head of Risk and Permanent Control the same year in September.
Stéphane Ducroizet graduated from the Hautes Etudes de Commerce (HEC) school of Paris. 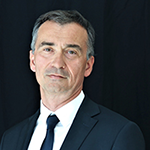 Pierre Dulon started his career at Orange in 1990 with commercial development positions. He joined Crédit Lyonnais in 1998 to manage the outsourcing of the Group’s Telecom business. After working on the e-business transformation of the bank, he pursued his career in IT in 2001. He joined Calyon (which then became Crédit Agricole CIB) as Head of the International Technology and Systems Department in 2003, and became Head of the Data Processing Department in 2005. In 2009, he was appointed Head of Global IT. He joined Indosuez Wealth Management and took over the management of Crédit Agricole Private Banking Services in 2015. He then led the transformation of this entity to create Azqore in 2018, becoming its Chief Executive Officer.
Pierre Dulon is a graduate of Ecole Polytechnique and Telecom Paris Tech. 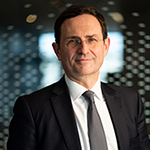 Didier Gaffinel started his career in 1988 as an Equity Analyst at CCF (HSBC) in London. In 1989, he joined the Treasury division of Elf Atochem (Total), then the LBO Financing division of Banque de Gestion Privée – SIB (Crédit Agricole Group) before joining the Mergers & Acquisitions Department in 1994. From 1998 to 2011, Didier Gaffinel held various positions within the Equity Capital Markets division of Crédit Agricole Indosuez (which then became Calyon, and later Crédit Agricole CIB), first covering French and later on Large European Corporates. He was appointed Managing Director in 2005. In 2011, he became Senior Banker in charge of a portfolio of Large French Clients mainly in the Luxury and Retail sectors. He also took over the responsibility of the Global Luxury Coverage in 2014. He was appointed Head of Global Coverage and Investment Banking in February 2019.
Didier Gaffinel graduated from Audencia Business School and holds a master’s degree in Accounting and Finance. 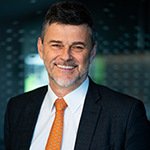 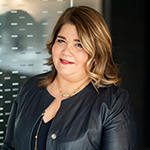