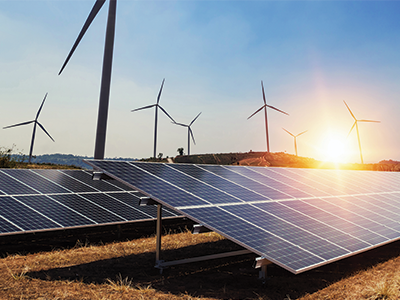 The $980 million project finance deal for GM Holdings S.A. (Generadora Metropolitana) was the largest non-recourse transaction in Chile this year.

Generadora Metropolitana is the fifth largest generator by capacity in Chile and is jointly owned by EDF, the world’s leading energy producer as measured by net installed capacity and electricity generation, and AME, an independent Latin America power company. The jointly owned company currently supplies electricity on a 24-hour basis to regulated users of 23 Distribution Companies in an amount up to 4,000GWh per annum, which equates to 8% of the Chilean regulated electricity market.

Proceeds of the financing will go toward refinancing the Company's existing debt, funding the construction of Generadora Metropolitana’s flagship 480MWp photovoltaic plant (the largest in Chile) and to convert the 132MW Los Vientos diesel-fired plant to natural gas. The resulting electricity generation mix fits within Chile's efforts to transition toward more renewables while simultaneously replacing its coal generation with other baseload technologies such as natural gas.

The financing was innovatively structured under a project finance structure with strong credit metrics, combining a monetization of the cash flows from Generadora Metropolitana’s existing assets and contracts with a construction financing. The issue received robust interest among banks and institutional investors and was oversubscribed.