Crédit Agricole CIB announces the appointment of its new Senior Country Officer for Brazil and two new members for its Brazil team.

The new hires demonstrate our continued investment and presence in Latin America as a key region, in addition to bringing further expertise to the Bank's Brazil operations to expand its local offerings to clients.

Yves-Marie Gayet joins the Bank as Senior Country Officer for Brazil, effective February 18, 2019, and based in São Paulo. He is part of the Americas Management Committee reporting to Marc-André Poirier, Senior Regional Officer for the Americas.

“Yves-Marie, Jean-Baptiste, and Sandrely, with our local team in Brazil, will help further expand and strengthen our client franchise in Brazil where Crédit Agricole CIB this year celebrates 70 years of presence. The appointments, in combination with a recent capital increase, will continue our expansion of services and development of a fully integrated local platform in São Paulo that offers both advisory services and market and financing solutions to corporates and financial institutions,” said Matthieu Chabanne, Head of Latin America. 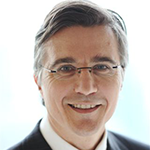 Yves-Marie brings with him more than 25 years of experience within the banking industry. He started his career at Société Générale in Paris where he worked in Internal Audit for six years. Thereafter he held various management positions in Société Générale Corporate and Investment Bank in London over a period of 15 years, during which he was in charge of various product lines.

In 2012, Yves-Marie was appointed Executive Director of the French-Brazilian Chamber of Commerce, the position he held prior to joining Crédit Agricole CIB, while continuing to perform consulting activities for a number of large European clients.

Jean-Baptiste joins from Bizup Leverage where he was the Head of M&A. His previous experience includes an extensive career at BNP Paribas for nearly 30 years, where he was responsible for the strategic development of the Commodity Derivatives platform and coverage for the largest Brazilian players of the Energy and Commodity sector.

Sandrely joins from Bradesco/HSBC Bank where she was the Relationship Manager in charge of Corporate Clients. Her previous experience over the past 25 years includes similar roles at Banco Citibank S/A, Banco Santander Central Hispano, and BankBoston Banco Múltiplo S/A.