Crédit Agricole CIB is pleased to announce two appointments, effective immediately, in Australia, New Zealand and China to support the expansion of its financing activities in Asia-Pacific.

Commenting on the appointments, Christophe Crétot said: “These two appointments are key to further strengthening our financing capabilities in China and Australasia, as we strive to continue to grow our client footprint in the region in the aftermath of the pandemic.” 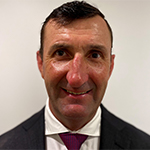 Andrew has over 20 years of experience in originating and distributing corporate loan as well as structured finance trades.

He joined ABN AMRO Bank NV in Sydney in 1994 before working as Director of Loan Origination and Syndication at National Australia Bank between 2008 and 2011. Before joining Crédit Agricole CIB, Andrew was with Mizuho Bank for 11 years, where he was Deputy General Manager and Head of Loan Syndication for Australia. 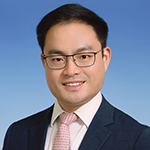 Saifeng began his career at Goldman Sachs in credit risk management and rating advisory in Singapore in 2012, before working for Fitch Ratings in Hong Kong between 2014 and 2016. He then joined Standard Chartered Bank as Director of Leverage and Acquisition Finance (previously Debt Capital Markets High Yield).

(*) Debt Origination and Advisory is a Joint Venture between the Bank’s Debt Capital Markets and Corporate & Leveraged Finance franchise in Asia-Pacific, bringing its bonds and loans capabilities under the same umbrella.