This award strengthens our global leading position as an arranger in the green and social bond market.

Crédit Agricole CIB received the 2019 award for the largest arranger of green, social and sustainability bonds from the Climate Bonds Initiative at its annual conference which was held yesterday in London. Crédit Agricole CIB is the only European bank to receive an award as an underwriter.

The Climate Bonds Initiative is a British non-profit investor-focused organization that promotes large scale financings in the low carbon economy. Each year since 2016, it has given the “Green Bond Pioneer Awards” to all participants who, through their pioneering initiatives in support of climate finance, demonstrate the potential of green bonds, thereby energizing the market by involving investors, governments and economic players.

Since 2012, Crédit Agricole CIB is one of the global leaders in structuring and placing green, sustainability and social bonds. With 6.9% market share in 2018 (Source Dealogic), we ranked again as the #1 Bookrunner of Green, Social and Sustainability Bonds. In 2018, our Bank led more than 50 benchmark transactions, amongst them La Poste, Prologis, ENEL, KBC Bank, RBI International, the Inter-American Development Bank, ICBC and Bank of China, the inaugural Green Bonds from the Kingdom of Belgium as well as the first Green EMTN Programme for Société du Grand Paris. In November 2018, we acted as sole-bookrunner of the highly successful Crédit Agricole S.A. €1bn inaugural Green Bond benchmark to support energy transition projects within the Crédit Agricole Group in all territories. 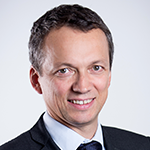 For Tanguy Claquin, Global Head of the Sustainable Banking team: “We are very happy to receive this award which confirms Crédit Agricole CIB’s key role in the global green and social bond market, and our longstanding commitment to green finance. We are very proud of the trust our clients have placed in us. We are convinced this market has a very important role to play in financing the environmental transition, and we will continue to work towards this goal.”